A MOST WONDERFUL SURPRISE 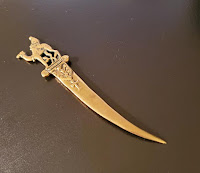 Weeks ago, my treasured letter opener went missing. It belonged to my mother, and is one of the few things of hers that I still own. To say I was devastated would be an understatement.
How could it have disappeared? I kept it in a special box with my scissors, pens, and post-its, and only took it out when there were envelopes to slit. When I was done, it went right back into the box. 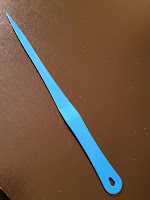 After searching every conceivable spot I could think of, and praying many prayers for the Lord to reveal its whereabouts, I gave up and ordered a new one from Amazon. The new one was much bigger, and didn't do near as good a job. It was also much uglier than it had looked in the picture on their website.
Fast forward to today. 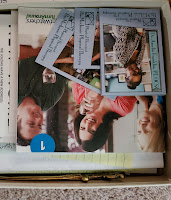 I was standing in the same spot I always stand when exercising to the video on my cell phone propped up on my desk. Same routine, same exercises that require me to bend forward, then backward, then forward again. Only this time, something caught my eye. It was my missing letter opener tucked into the side of a box under my desk.
Some people may scoff and say it had been there all along, I just hadn't noticed it, but I'm convinced it was a God thing.
Posted by Great-Granny Grandma at 11:47 PM