There are so many things I don't understand, and this morning when I picked up a devotional I had started reading last year but never completed, these words by Marilyn Morgan King spoke right to my heart.  I'd like to share them here in case anyone else can relate to my ever questioning mind.


Some hard questions are shrouded in mystery
too deep for human minds to understand;
the hidden answers aren't meant to be unlocked
until the soul is ready to see life whole.
Every good thing has its shadow
and every dark night is the back side
of a new day waiting to dawn.
Posted by Great-Granny Grandma at 3:59 PM 25 comments: 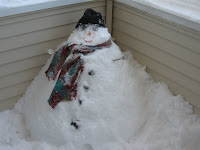 Yay!  I built my very first snowman ever today.  On my balcony, where 23 inches had accumulated.  (The accumulation on the ground below totaled 36 inches, I have been told.)

Not bad, if I do say so myself.  I guess it's never too late to try new things.
Posted by Great-Granny Grandma at 2:13 PM 38 comments: 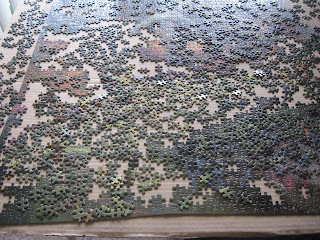 As long as I can remember, there's always been a jigsaw puzzle in process somewhere in my home.  I love doing jigsaw puzzles.

My latest effort has 3,000 pieces.  I found it at a yard sale and couldn't resist buying it since I've never seen anything over 1,000 pieces before.  It has been a bit of a challenge though.

First I had to put several large pieces of cardboard together to create a surface large enough for it to fit on, and even then, there was no room to dump all the pieces.  So there were pieces all along the sides, in the middle, on top of the parts of the puzzle that have already been completed, and  a whole bunch still in the box because there was nowhere else left to squeeze them in..

This is something that has never ceased to amaze me, how in the beginning there is no place for all the pieces, and yet the more of the puzzle you get done, the more space there is, and when the whole thing is completed, all the pieces fit together perfectly, and there is plenty of space all around.  Well, while working on my current colossal project, I was suddenly struck by an aha moment.  Time resembles a jigsaw puzzle.

I'm always so overwhelmed by the things I'd like to squeeze into my day, and frustrated by how much is left undone at the end of it.  It has even led to sleep deprivation as I try to cram more in.  I've gone to time management seminars, and even used a planner for a while, but never really consistently because I didn't truly believe that it could make a difference.  Maybe it was time to give it another shot.

First I made a list of major projects I've been neglecting (such as putting stacks of pictures in albums, and backing up files on my computer), with an estimate of how long each one would take if I just devote a half hour or an hour a day to tackling them.  And then I made another list of things, like work, exercise, quiet time, that absolutely need to be included every day.

With these two lists in hand, I make it a point to fill out my daily planner page the night before.  Now I'm astounded at how nicely the pieces fit in when I follow the schedule.  Instead of frittering away half my day on blogs and e-mails, for example, I stop after the allotted time and move on to the next thing.  It's amazing how much more gets accomplished and how much less overwhelming it all seems..
Posted by Great-Granny Grandma at 2:09 PM 8 comments: 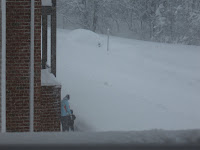 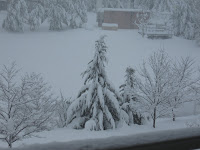 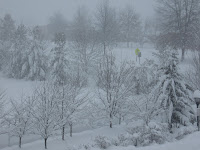 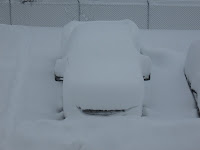 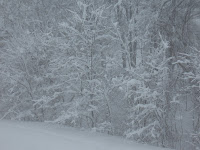 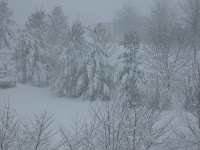 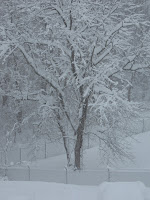 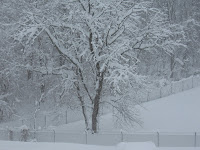 Posted by Great-Granny Grandma at 9:59 AM 2 comments: