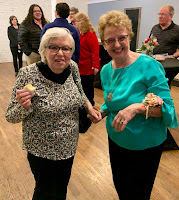 Thanks to my daughter who did the driving, I was able to attend an 80th birthday brunch for my friend who lives two-and-a-half hours away. 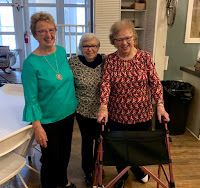 She and her sister and I have been friends for 65 years.

When we were very young, we decided to act out Bizet's opera, Carmen.

I played the part of Carmen, my friend was Escamillo, her sister was Don Jose, and their little brother was the bull. We painted backdrops, improvised costumes, and when we were ready, her older brother recorded our production on an old time movie camera.

It was a fun surprise to see some of those pictures included in the slide show at the brunch, and also to hear it described as one of their fond memories in the tribute my friend's sister wrote and read to her.

GREAT DAY FOR A WALK If it weren't for reminders like these, I'd think it was spring. 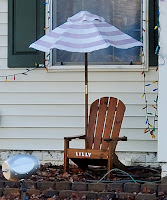 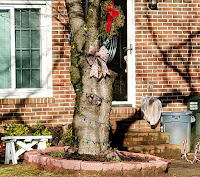 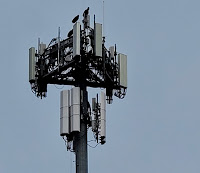 January started out balmy, with temperatures in the 50's. Birds everywhere--perched on towers, chirping in trees--and the pansies in the strip mall, so huge and bright.

Great day for a walk. 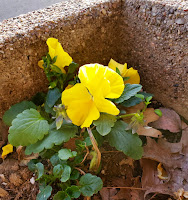 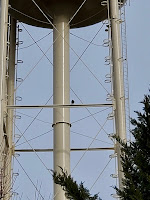 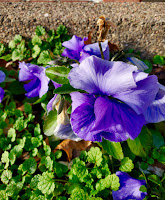 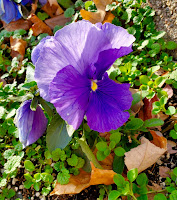 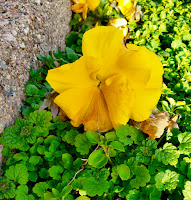 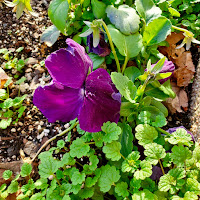 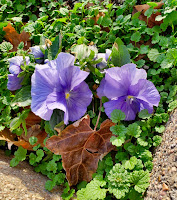 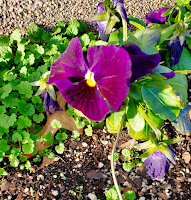 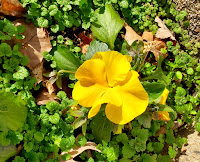