"For the beauty of the earth, For the glory of the skies,
... Lord of all, to Thee we raise This our hymn of
grateful praise." - Folliott S. Pierpoint

We are getting ready to celebrate Thanksgiving in my part of the world, and as I sit by the window thinking of the many things I'm grateful for, I have to include the unexpected events that led to my being transplanted to this awesomely beautiful little neck of the woods.  No matter the season, I never fail to be mesmerized by the view.
About a week ago I had gone on a picture-taking walk around the neighborhood, expecting to be disappointed by what I would see, given the strong winds that came early this year, blowing many of the colorful leaves away before trees had much of a chance to display their splendor.  Instead, I was pleasantly surprised.  So much so, I couldn't stop pointing and clicking until my camera signaled it's memory was full (over 80 pictures later).
If you'd like to see some of my favorites along the route, click here.  But in this post I'm sharing the ones that made me stop and wonder at how differently the trees had reacted to the same gusts.  Whereas several stood completely bare, Some were only partially so, and yet others seemed not to have been affected at all.  Hmm.  Somewhere in here there seems to be a lesson to be learned.
It makes me think of the way our perceptions color the way we react to the things we are presented with in life, how what causes one person to get all bent out of shape, may have no effect on another at all.  But then again, it also reminds me of the parable of the wise man who built his house upon the rock (Matthew 7:24-27). 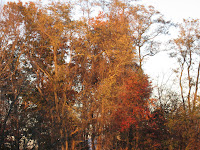 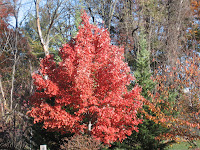 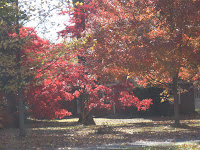 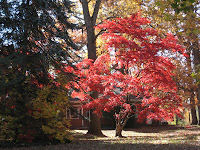 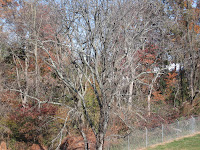 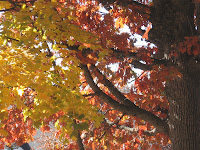 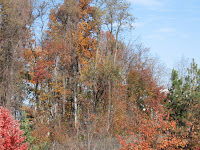 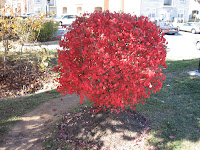 Posted by Great-Granny Grandma at 10:16 AM 5 comments:

I've been reading a book entitled A More Excellent Way, by Henry W. Wright, and it was what he had to say about faith and fear that suddenly triggered this aha moment for me.  Not that it was an original concept or something I hadn't already heard many times before from a variety of sources, but until last night, it never actually hit home in a way that set all the lightbulbs to flashing.

There really is no such thing as a lack of faith.  We all have faith in something.  It's just a matter of what we choose to believe.  Will it be the truth as found in the Word of God, or will it be the lies of the enemy?

When we have faith, we put our trust in what the Word says about God's plan for our future.  Fear, on the other hand, is believing the lies of Satan (which usually have some element of truth mixed in so as to make it easier for him to deceive us).  When we do this, we give him the power to destroy our faith, and ultimately, the future God had planned for us.

I don't know about you, but this surely has created an urgency in me to delve deeper into the word so I won't be deceived by half truths.

Posted by Great-Granny Grandma at 11:54 AM 3 comments: