EVEN GOOD CHANGE CAN BE HARD

"Why are you so downcast, O my soul?
Why so disturbed within me? Put your
hope in God, for I will yet praise him,
my Saviour and my God."
(Psalm 42:11)

Just as I was about to renew my lease at the apartment I had lived in for the past 11 years, a chain of unexpected events took place that led to my moving to another complex in another town. A good move, but a very stressful and suspensful one, as the time frame I had to do it in was so narrow there was no time for planning.

With only a couple of weeks to make all the arrangements and start moving myself out of the old place and into the new one, snap decisions had to be made as to what could go with me and what needed to be left behind, as well as how to dispose of those items I could not take. And then, when it was too late to turn back, distressing snags and would-be delays made me wonder if I had made the right choice after all. Yet by the 11th hour, the Lord had worked out all the details in awesome ways. 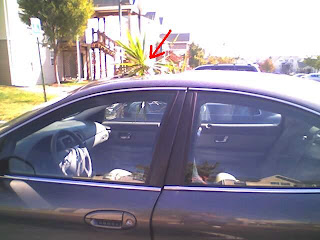 Not only did He give me supernatural strength to do things I would have thought impossible, but He sent friends to help me, interceded on my behalf with testy people who put obstacles in my path, and provided the most magnificent fall colors for me to enjoy on my endless trips back and forth between one apartment and the other. He even provided a car with a sunroof to transport a tall, gangly plant that would not fit in a van, and that the movers refused to put in their truck.

Yet now that the last box has been unpacked, the last knick-knack set in place, the last picture hung, instead of sitting back in contentment, I have found myself focusing on the negatives rather than the many positives that outweigh them, like the things that should have been fixed or replaced but weren't, the promises unkept and denied, a new and difficult management who I seem to rub the wrong way and whose bad books I have already entered. Not an auspicious start.

But truth be told, even if the clock could be turned back, I would have no desire to stay where I had been, and so I do not want to be like the children of Israel who were so caught up in the stress of the moment that they yearned for the leeks and melons they had left behind in Egypt, forgetting the cost of the brutal whip of Egyptian slavery the Lord had just delivered them from (Numbers 11:4-6).

As always, there are lessons to be learned. For one, my hope should be in the Lord rather than on deliverance from unpleasant circumstances. I need to take a step back and meditate on all that He's done, instead of remaining stuck in the now and focusing on the despair of the moment. And as always, I am so glad that He never gives up on me, that His love is unconditional, and no matter what anyone else may think about me, I am special in His sight, and He rejoices over me with joy and singing (Zephaniah 3:17).

Posted by Great-Granny Grandma at 8:36 AM